The renaturation projects of the beenature-project 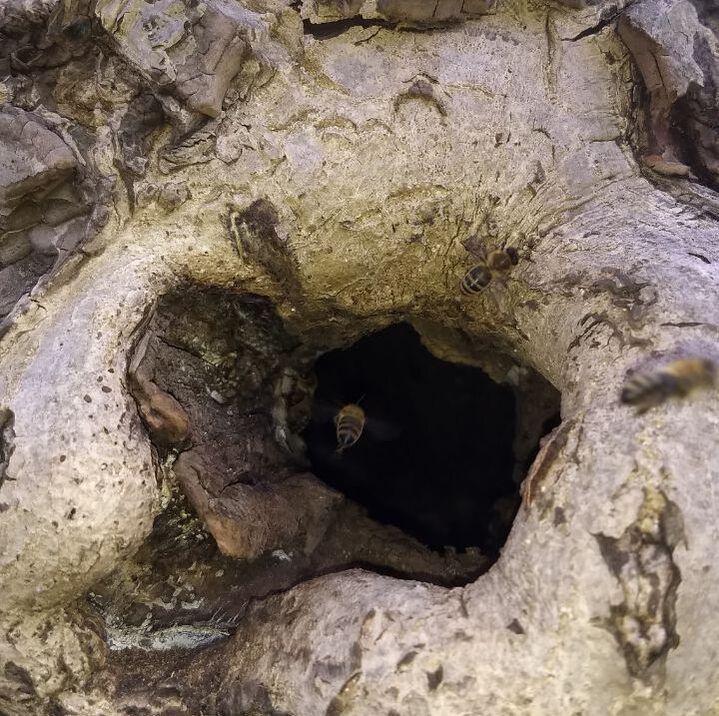 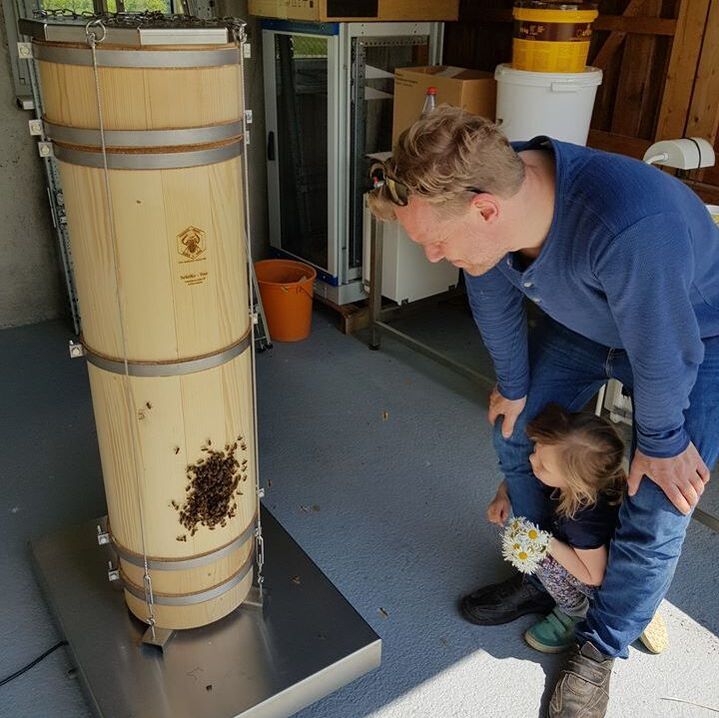 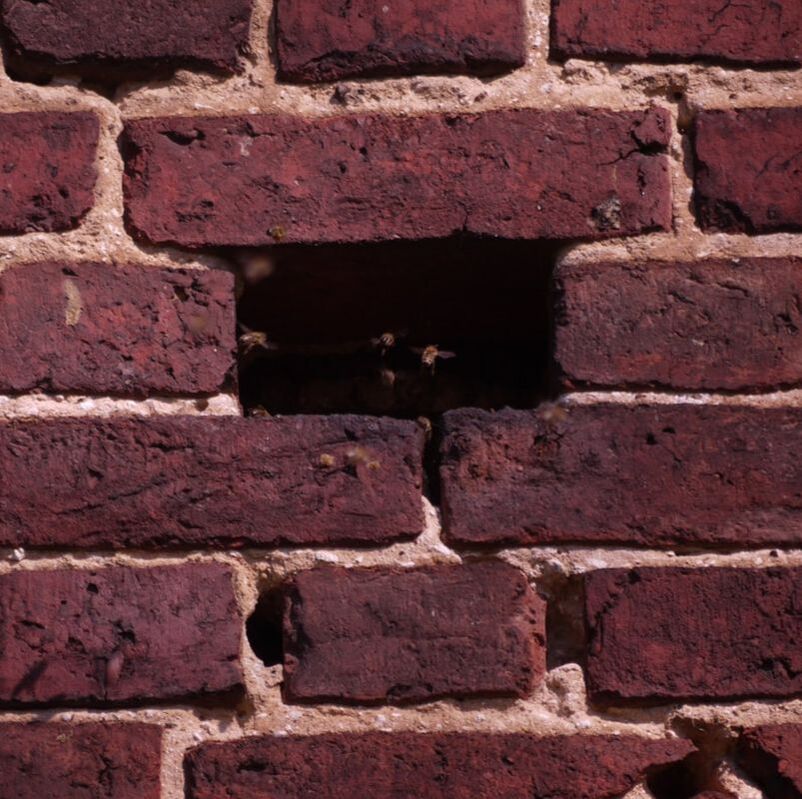 The "Beekeeping-rEvolution" is a citizen science project of our association. All citizens who know the location of a wild bee colony are invited to report it to us and thus actively participate in research, nature conservation and species protection. These wild bee colonies are monitored to observe and document their survival. Also bee colonies in own constructions in beekeeper care, but without treatment (without feeding, without varroa treatment) can participate in the monitoring. All data will remain anonymous. All information here. 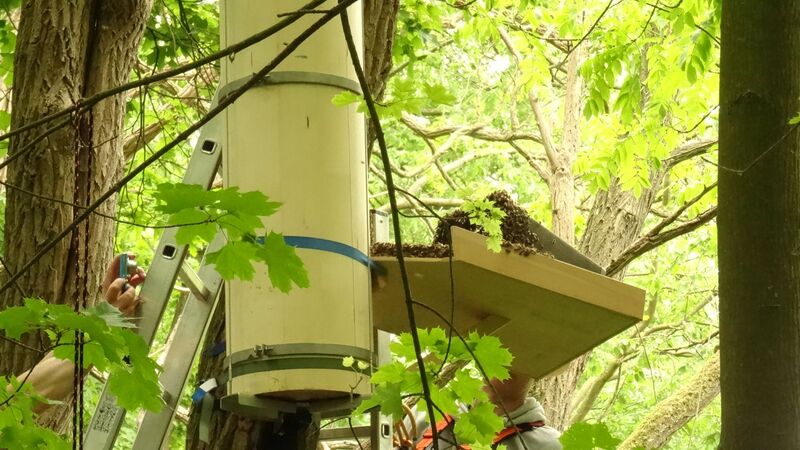 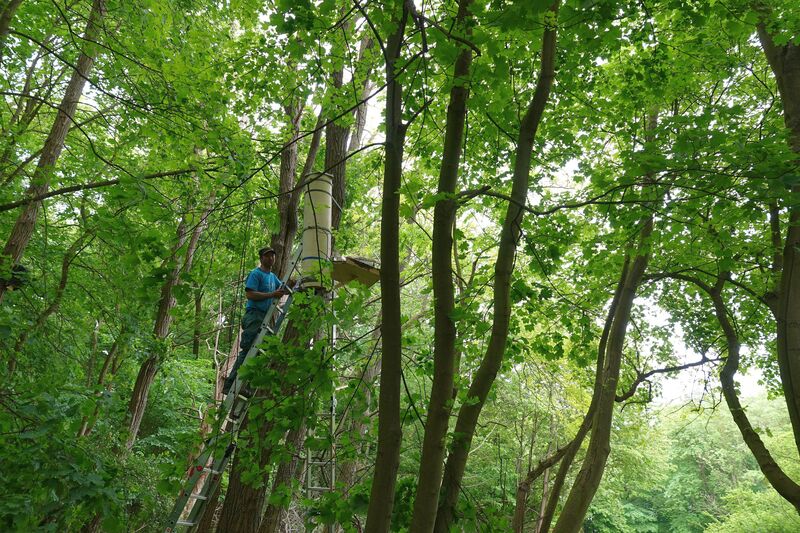 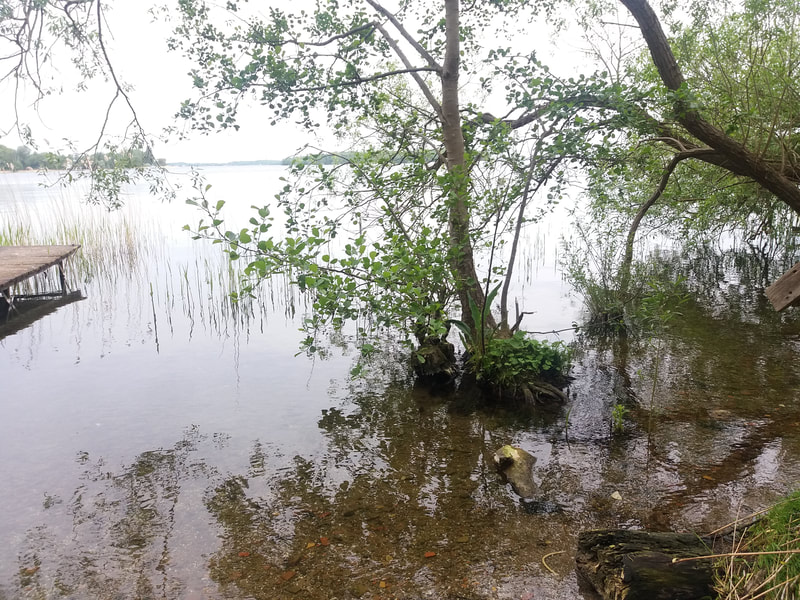 In cooperation with the Open Air Museum of Ethnology Schwerin-Mueß, the project "Island Bees" could be launched. Three tree cavity simulations have been installed so far on the island of Kaninchenwerder in Lake Schwerin.
​ 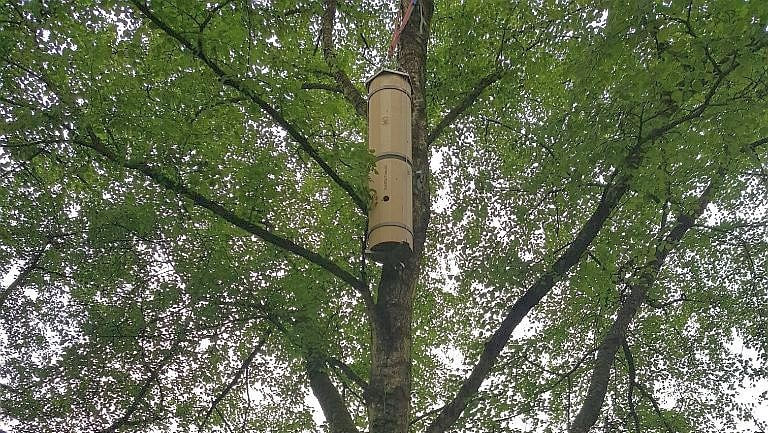 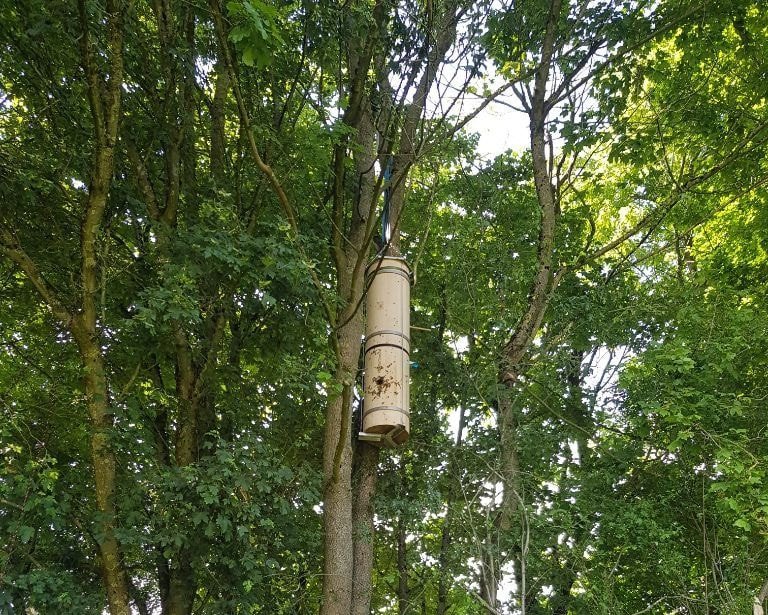 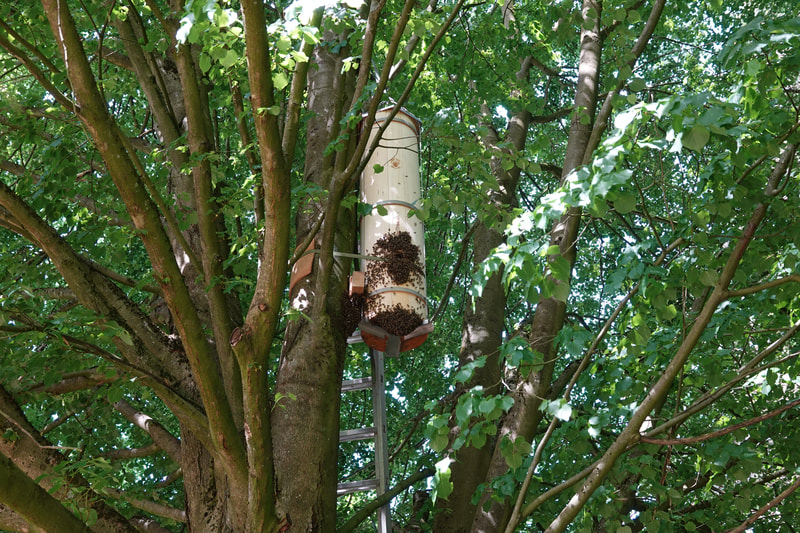 A long overdue step in sustainable agriculture was implemented by the Beenature Project this spring. We equipped a complete Demeter plantation with SchifferTrees (tree cavity simulations). The bees get their evolution back and carry in uncontaminated nectar, the farmer gets his pollination, and science gets the data. All sides win in this project! The approximately 1400 Demeter farms in Germany are currently mostly forced to put conventionally kept bee colonies on their plantations to ensure pollination of their crops. Many farmers even have to pay the beekeepers for this. The Beenature Project will expand these projects with more farmers in the coming years. 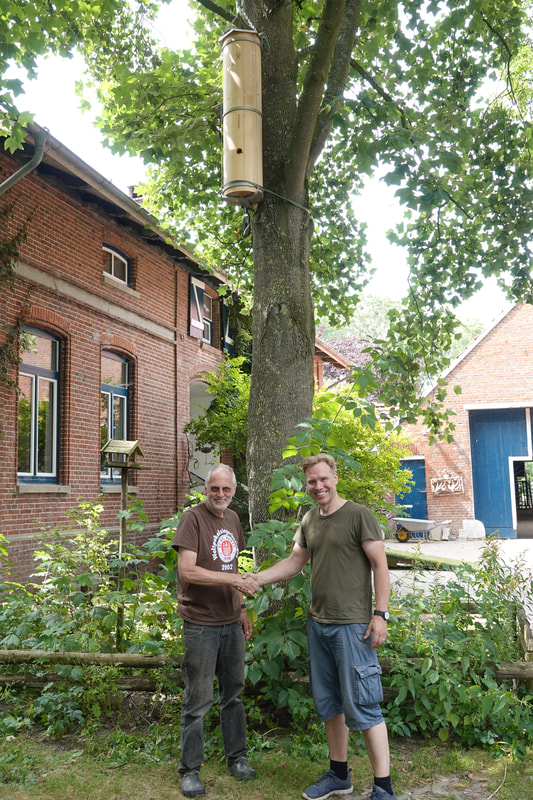 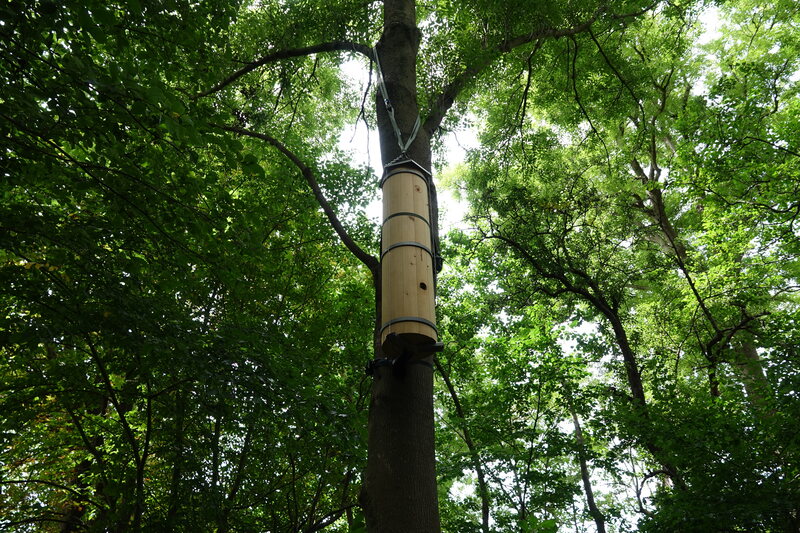 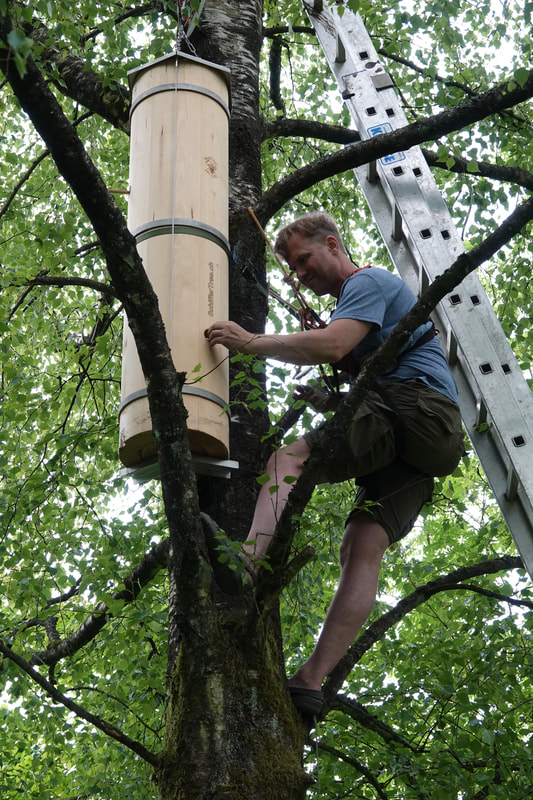 After I went to the movie premiere for "Butenland" in spring 2020 and met Jan Gerdes and Karin Mück there, the cooperation was obvious. The Beenature Project equipped the lands with six SchifferTrees. Needless to say, these colonies no longer have to fill empty boxes or endure torturous acid treatments. Project page of Hof Butenland: here
​

Another Beenature project was launched in the 2021 season. Just in time for the beginning of the willow blossom, the board of the association met with the forest owner in a large mixed forest area in Schleswig-Holstein. At least 2.5 km away from each other, several tree cavity simulations were installed empty and offered to nature and its inhabitants for colonization. Habitats are now also hanging in an adjacent village, so that in total six wildlife shelters enrich the region.

Each habitat was previously given its own name, such as Lange Anna, Spargel-Tarzan, or Spannenlanger Hansel. It is then immediately clear to the villagers which habitat is being referred to. And indeed, two of the six trees were colonized by honey bees this summer, in the spirit of species conservation.

The forest is privately owned and is not managed; nature is left to its own devices. Torben was able to set another personal record during the installation: He placed one of the wildlife houses in the tree at a height of about 15 meters. "I'll never do that again!" was his comment after the descent. And it was precisely this SchifferTree that the honeybees chose as their new home. Location is everything, after all.
(Note: Dear conservationists, please don't try this without experience! It needs proper equipment and experience for such heights).

SCHOOL PROjECTS FOR SUSTAINABLE ENVIRONMENTAL EDUCATION
with the support of the German Wildlife Foundation (Deutsche Wildtierstiftung)
Species protection instead of exploitation! 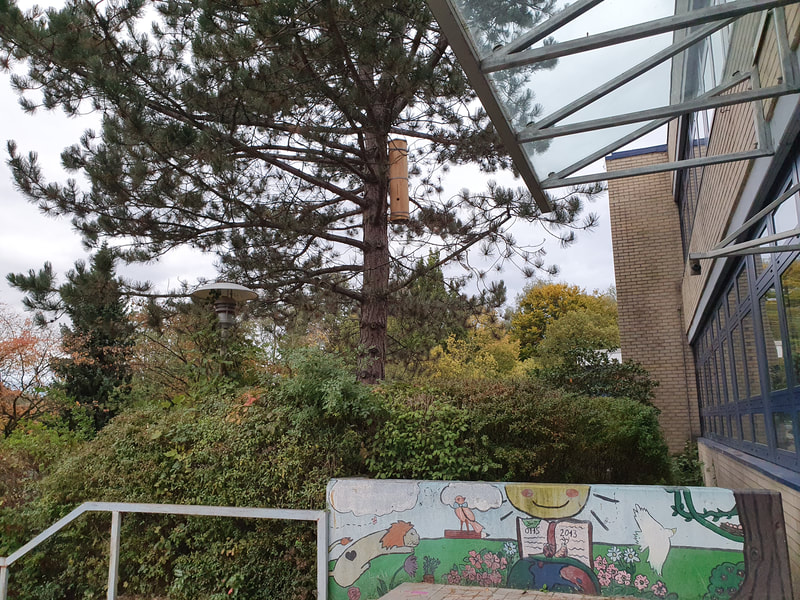 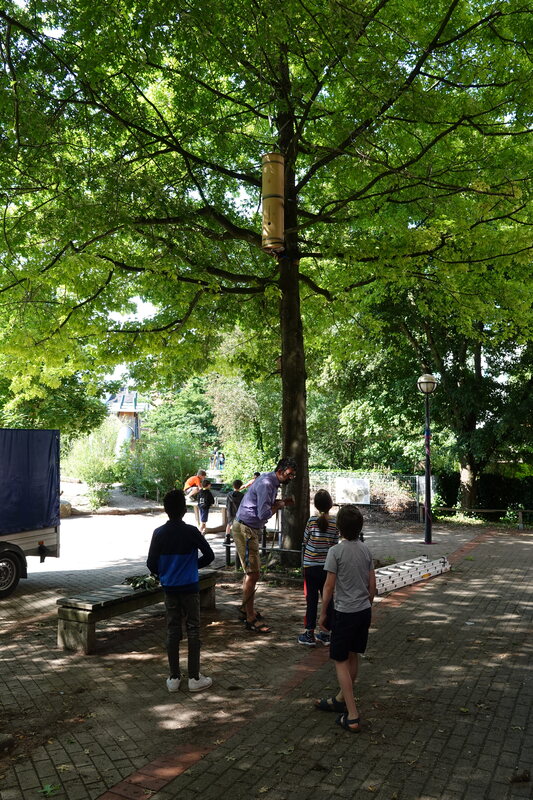 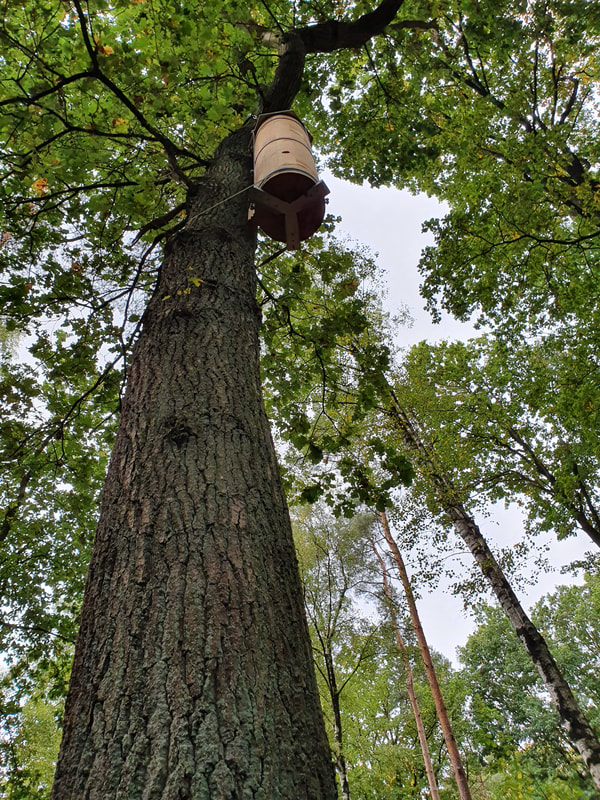 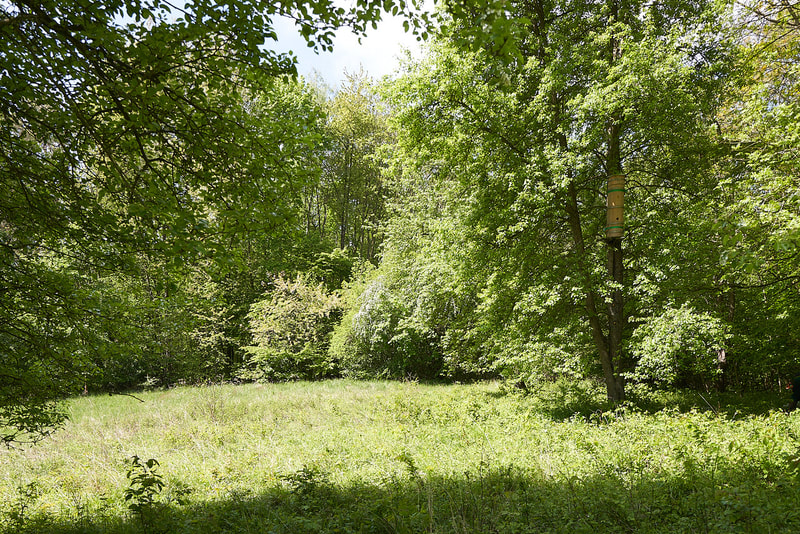 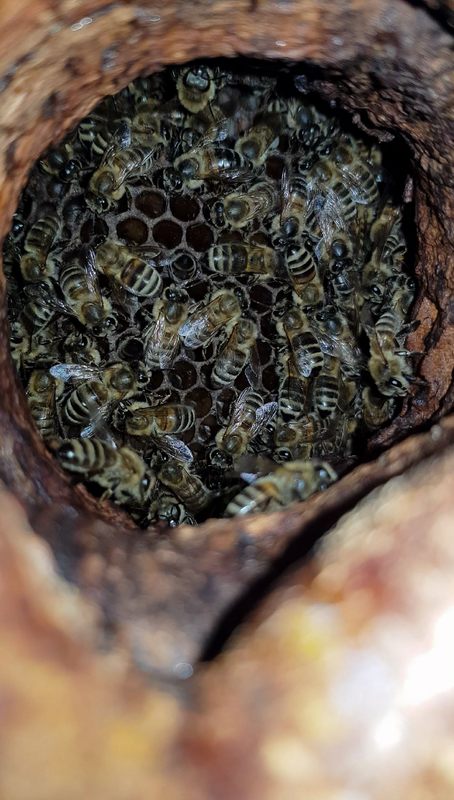 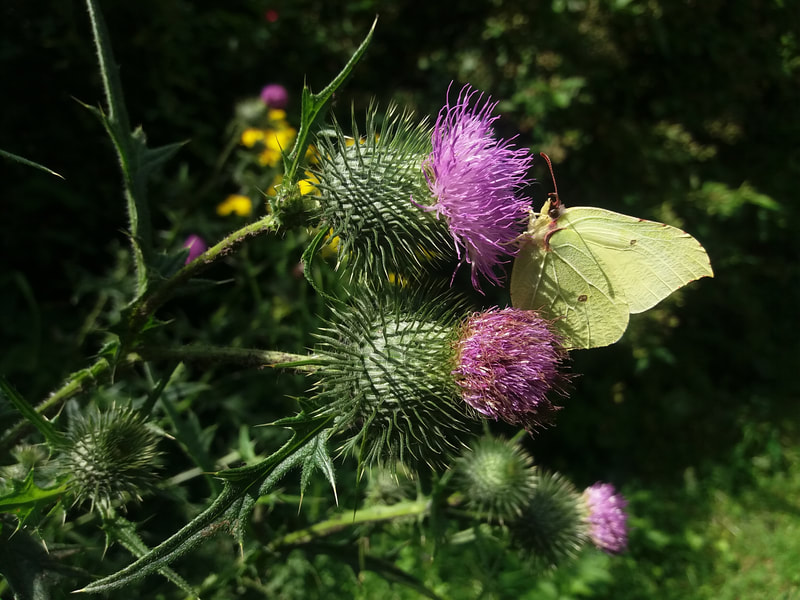